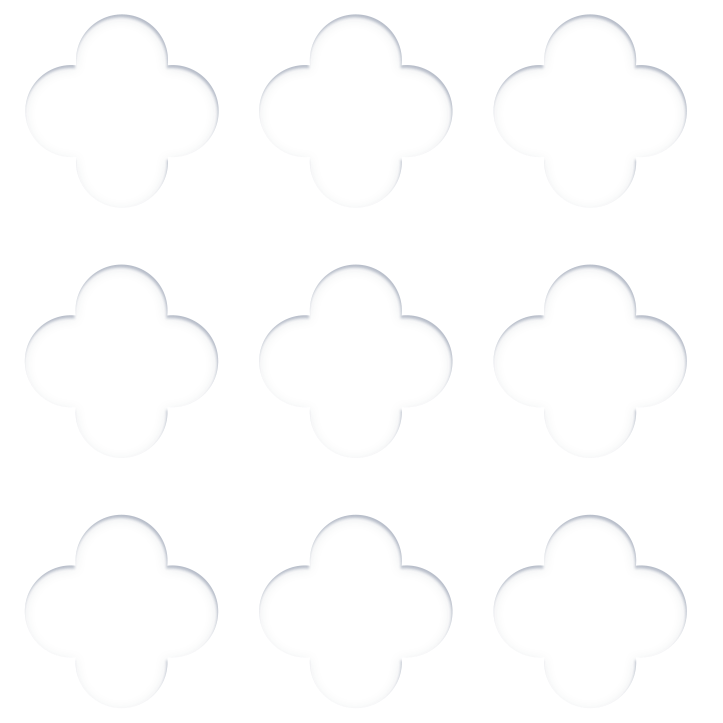 Croatia – a Country of More than 1000 Islands

Experience Dubrovnik’s Croatia boat tour will take you on a real sea voyage along the Adriatic. With more than 1000 islands, islets and crags, Croatia offers the perfect setting for you to get back in touch with unspoiled nature. So, whether you are traveling as a family or group of friends, we’ll tailor a Croatia island cruise that exceeds your expectations. Swim in the crystal blue sea, go fishing or snorkelling, have parties or simply relax on a comfortable luxury-class speedboat or yacht.

Here you can find entertainment for every taste – from hidden beaches, unspoiled Mediterranean woods and historic sites from antic times, to authentic restaurants with amazing seafood and party beaches. For luxury and nightlife, you might want to choose Hvar Island. Mljet island gives a perfect setting for nature and tranquility. Vis is best known for its beauty and food scene. Brač is a place to go if you like hiking and windsurfing… So, choose the islands you would like to visit, and we’ll make sure to show you their hidden beauties away from the usual tourist fuss. 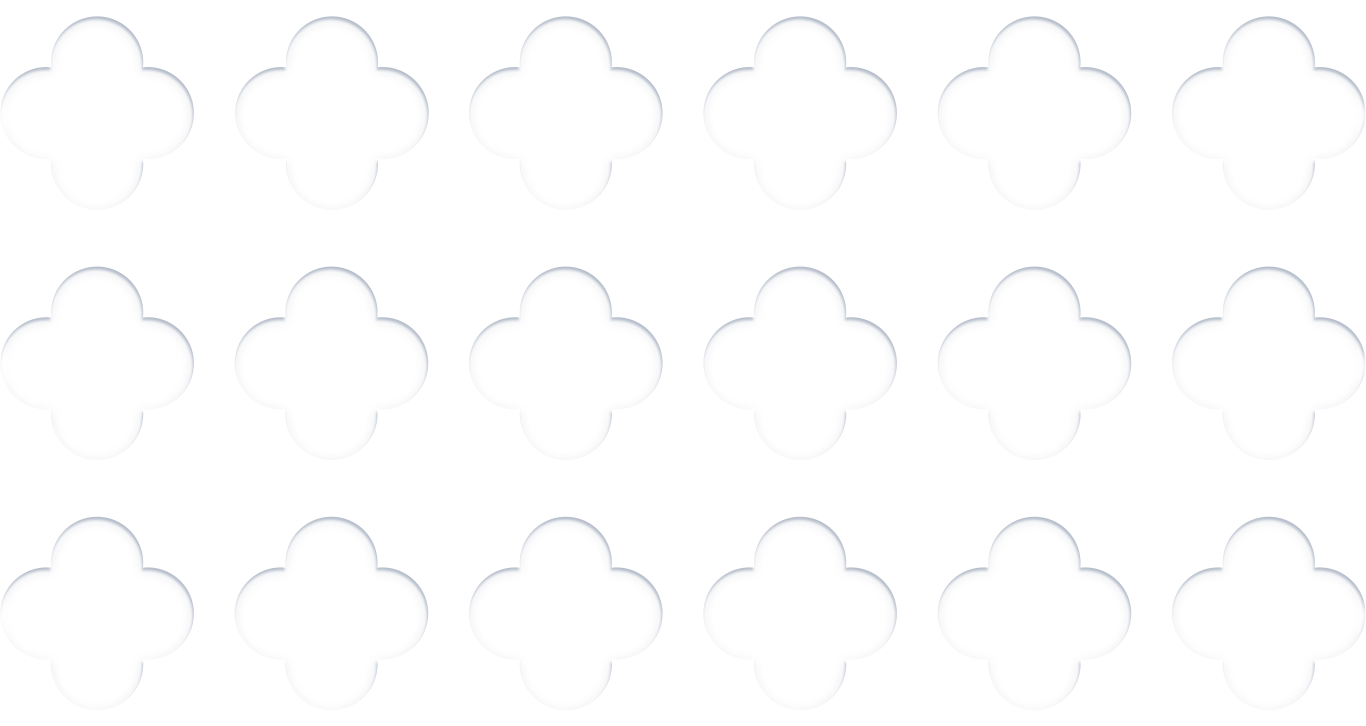 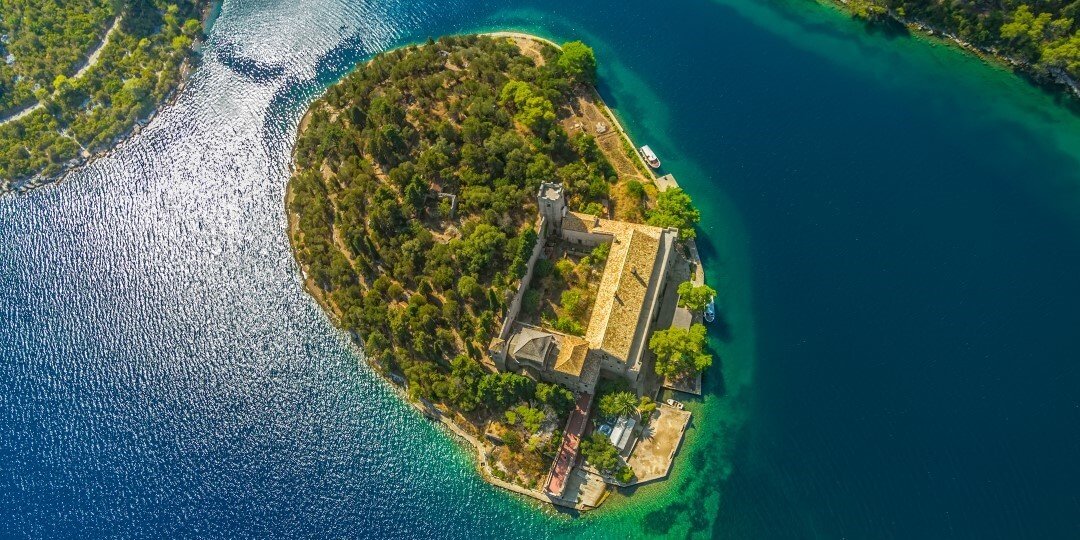 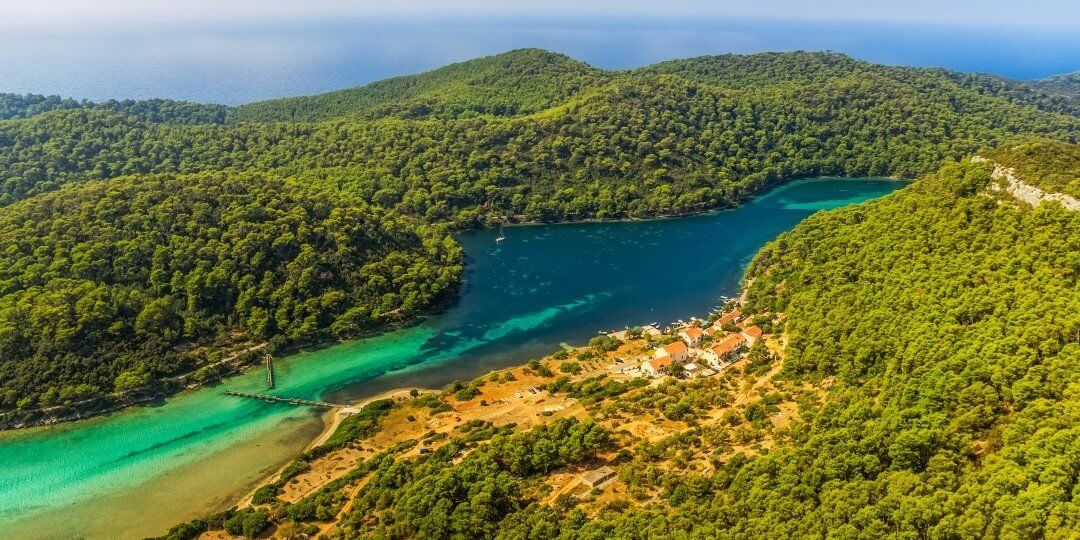 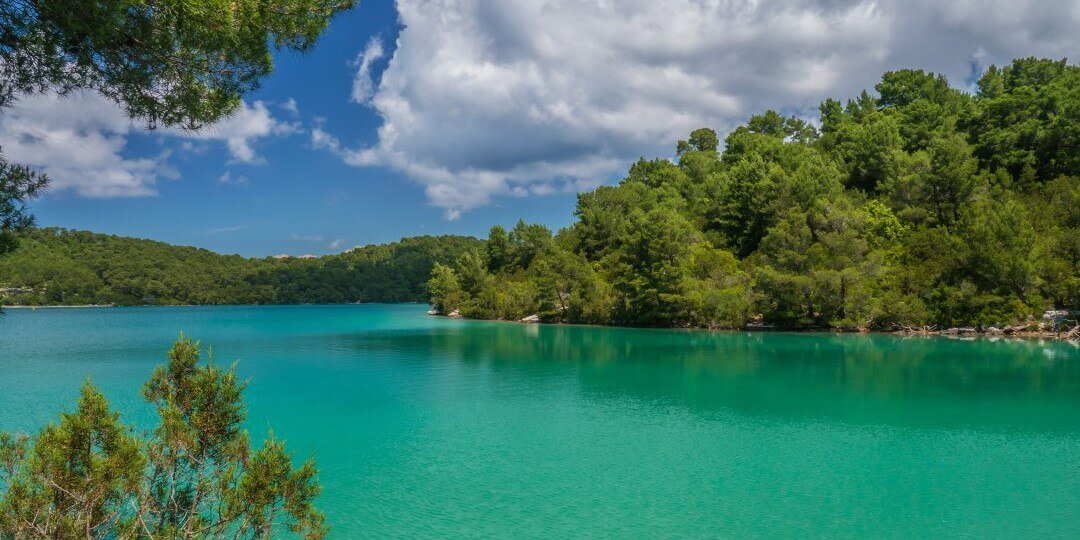 This magnificent green island should definitely be on your bucket list. Most visitors are drawn by mesmerising lakes inside the National Park Mljet. However, there is so much more to explore on the island. Expect miles and miles of woods, which you can discover hiking or biking. Go snokel-ling and explore a clear blue sea filled with underwater sea life. All lovers of caving shouldn’t miss the famous Odysseus Cave, named after the legend of Odysseus who allegedly ship-wrecked near the cave and remained trapped by the ruler of the island, the nymph Calypso. Or, you can simply relax and enjoy the tranquility of the island.

Struck by dark pine forest, Greek settlers call the island of Korčula – Korkyra Melaina (Black Corfu). Enchanting woods still cover a great part of Korčula. But, they are not the main reason Korčula is on our Croatia boat tour list. This mesmerising island is rich in vineyards and olive groves, small fishing villages, amazing restaurants, quiet coves and hidden bays with sandy beaches. When you arrive in Korčula Old Town, don’t get confused if the name Marco Polo pops out everywhere. It is believed that Korčula is the town where this tradesman and explorer was born. 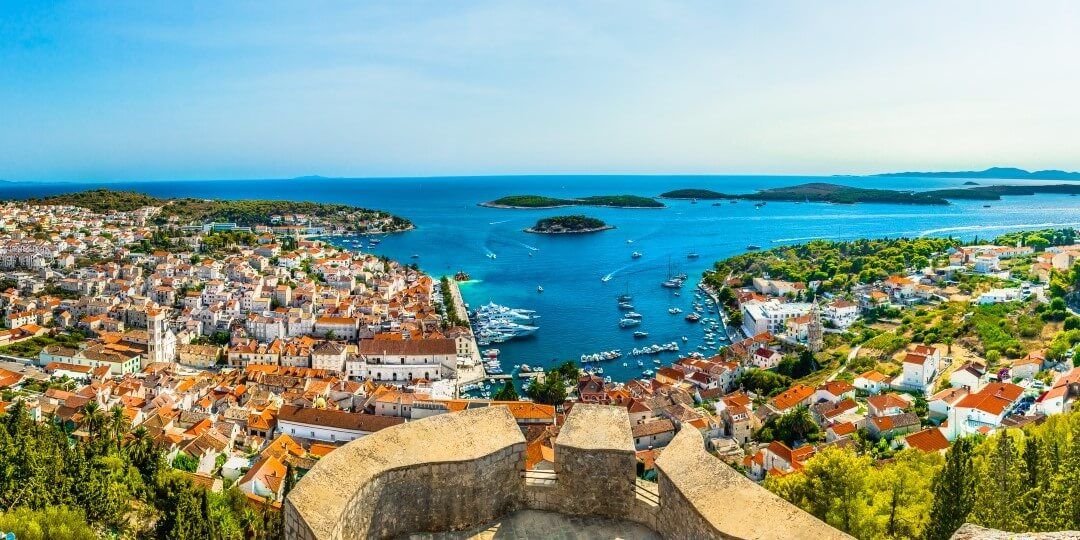 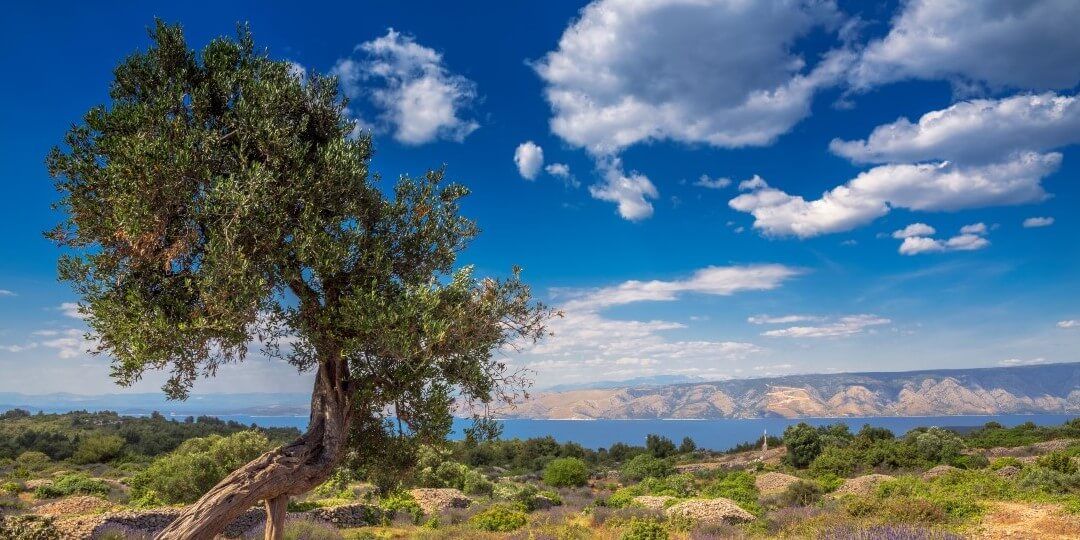 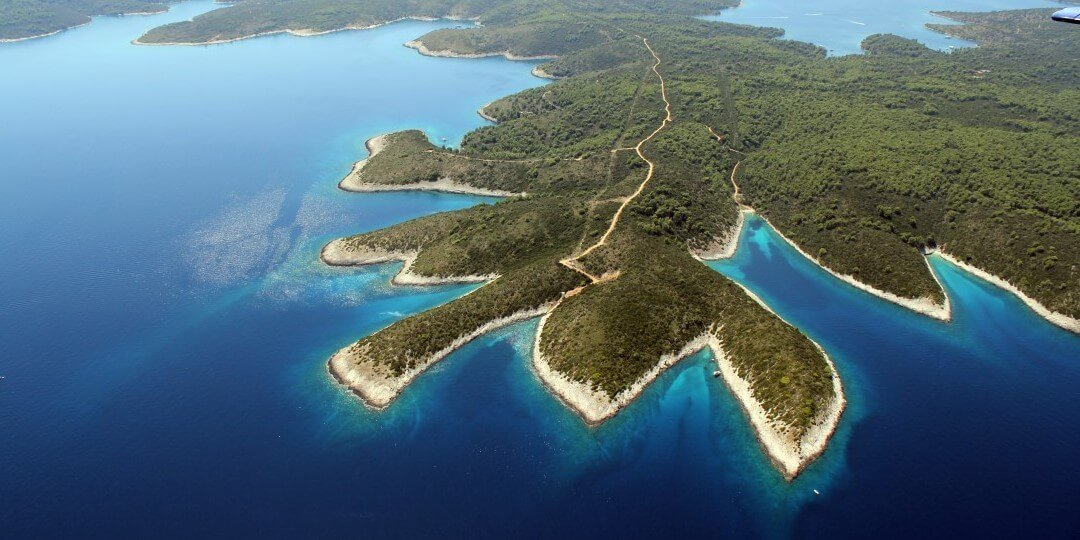 This Dalmatian island south of Split is best known as the summer hotspot for the fans of nightlife and spectacular beach parties. However, Hvar island offers so much more, from fascinating historical sites to charming landscapes that need to be on your bucket list. Walk down the rustic cob-blestone streets, spend a day cruising the nearby Pakleni Islands and watch the sun sinking behind the white-washed walls of the Town of Hvar.

Brač is best known for Zlatni rat, one of the most spectacular beaches in the Mediterranean. If you have seen a picture of a triangle-shaped golden beach on a postcard from Croatia, that’s the one. Also, it’s home to the highest peak on the Adriatic islands, Vidova Gora. This is why many adventurers can’t resist visiting BraČ to go windsurfing and biking. Brač is also the island where you will find the most radiant white stone you can think of. The village of Pučišća is known for its culture of stone masonry. During ancient times, the stone was used to build Diocletian’s Palace in Split. Some say that it as also used to build the White House in Washington. 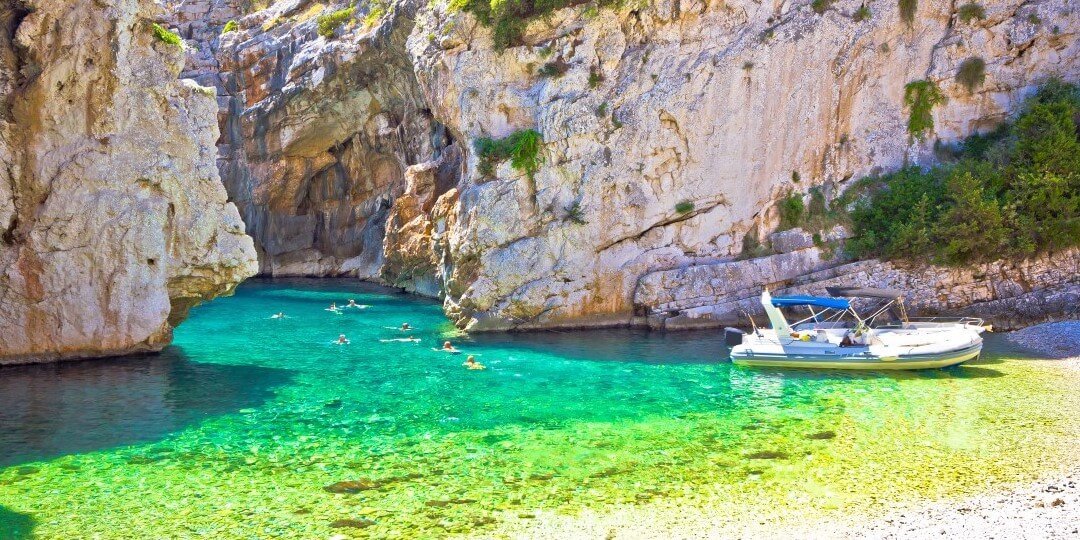 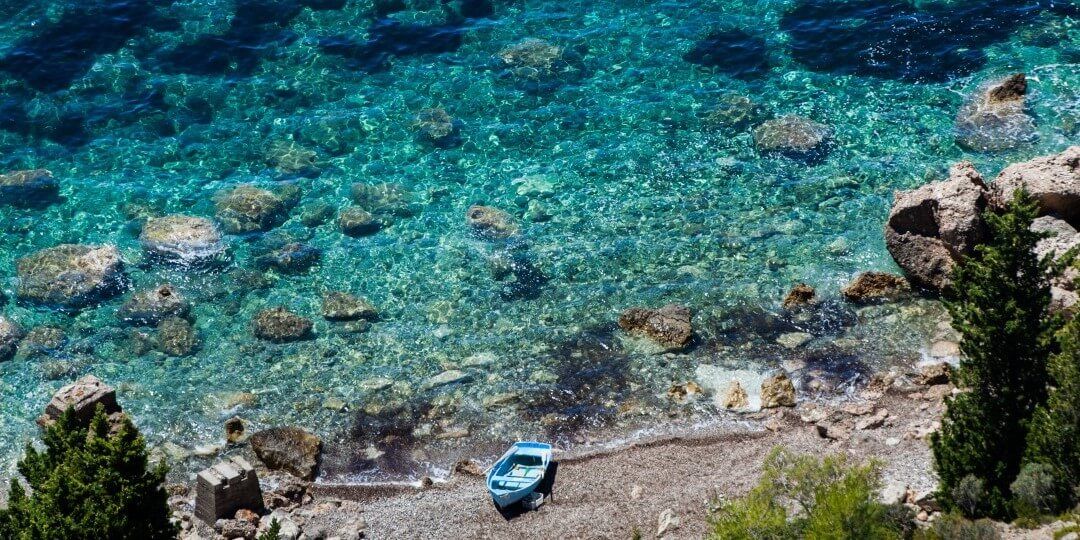 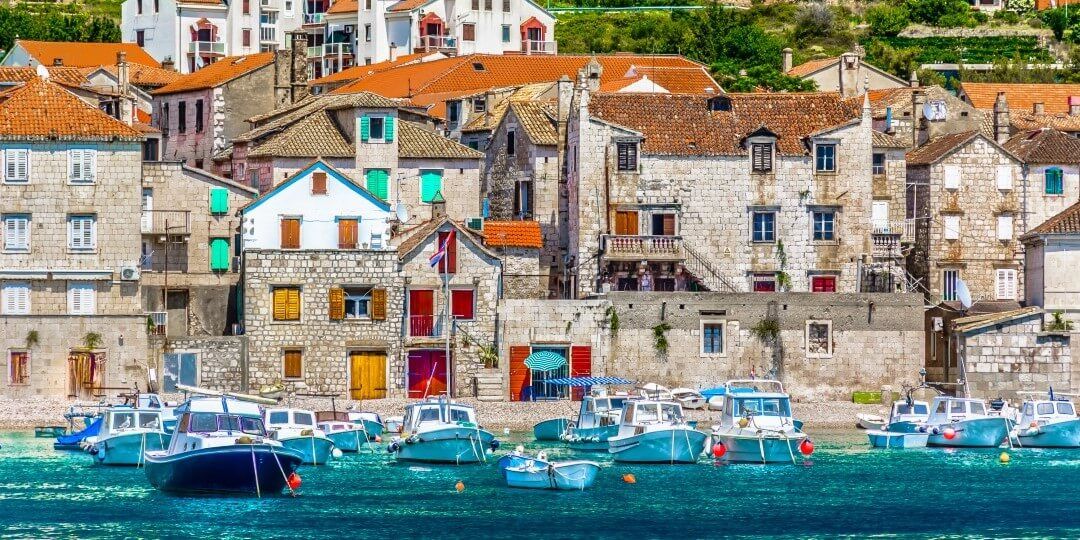 The charming island of Vis shows its welcoming side from the minute you arrive on it. Firstly, notice the untouched beauty of its nature and energising local vibe. Secondly, try the tasty food in its cozy restaurants, in which you can hang out for hours without noticing the time passing by. Thirdly, let us take you to local wineries where you’ll taste some of the best Dalmatian wines. Finally, if you are a history nerd, let us tell you some interesting stories from the times the island was under Roman Empire, later the Venetian Empire, and it’s an important role in World War II and Yugoslavia. Did we mention the Blue Cave on a small island just off the coast of Vis?

You can find out more about which cookies we are using or switch them off in settings.

This website uses cookies so that we can provide you with the best user experience possible. Cookie information is stored in your browser and performs functions such as recognising you when you return to our website and helping our team to understand which sections of the website you find most interesting and useful.

Strictly Necessary Cookie should be enabled at all times so that we can save your preferences for cookie settings.

If you disable this cookie, we will not be able to save your preferences. This means that every time you visit this website you will need to enable or disable cookies again.

This website uses Google Analytics to collect anonymous information such as the number of visitors to the site, and the most popular pages.

Please enable Strictly Necessary Cookies first so that we can save your preferences!